So, you’re not particularly interested in weight loss? Perhaps you are already happy with the size you are? (Good for you!)

Maybe you’re not an athlete? Maybe you don’t have noticeable health problems?

Broccoli and Leafy Greens for Beauty and Pregnancy

Yes, fruits and vegetables can help to make you look more beautiful. And that’s true even of something as simple as your humble broccoli!

Broccoli is perhaps a little less ‘exotic’ when compared with some of the other superfood fruits and vegetables on this list. But don’t let that fool you: this is still an incredibly nutritious food that everyone should be getting more of.
For starters, broccoli is a good source of fiber and can once again help to improve your digestion, your bowel movements, and much more. On top of that though, broccoli is also very high in vitamins K, vitamin C, fiber, potassium, collagen, iron, calcium, and more.

Let’s start by diving into that collagen. This is something that all of us need but very few of us get. Collagen has been shown to improve brain function and combat against Alzheimer’s, it also helps to reduce back pain, improves skin elasticity, strengthens the nails, combats leaky gut syndrome, fights knee pain, and generally toughens up your tendons, ligaments, and bones.

This is why meals such as bone broth as so incredibly good for us. And now recent research is suggesting an even more powerful reason that collagen might be so important. Researchers now suspect that humans would once have lived primarily by eating bone marrow from animal carcasses. The argument goes that hunter-gatherers may have been ill-equipped to take on large prey. However, we were very good at tracking down our prey and following them.

What likely would have happened often, is that we would have followed antelopes and other animals to the point where they were attacked and killed by animals like lions and tigers. They would then have stripped those animals of all their meat, leaving behind the skeleton. That’s when the cunning and resourceful humans would have come along, broken open the bones with our tactile hands, and then eaten the nutritious collagen from inside.

If this is indeed true, then we evolved in an environment where we consumed large amounts of the constituents of bone. And we now find ourselves flung into a world where we very rarely get these crucial nutrients. If that’s the case, then broccoli may be even more beneficial than we at first assumed!

Pregnant mothers should definitely look into eating more broccoli and more greens in general. That’s because both broccoli and many salad leaves are a good source of folate, which is something that all mothers are recommended to eat. Not getting enough folate increases the risk of complications in pregnancy, and that’s why a lot of mothers will try and get more artificially through the use of pregnancy supplements.

This is where it’s important to point out the significant advantages of getting more nutrients from your diet rather than from supplements. While it’s true that you can benefit from supplements, the clue here is in the name. These are intended to supplement your regular diet.
That is to say that they should be taken in addition to your regular diet, rather than as an alternative. Nutrients from your diet are far more effective than those taken in pill form, as they are combined with numerous other nutrients, fats, fibers, and other elements.
Together, these help to improve absorption of the key elements and that makes them much more effective. The thing to recognize is that the human body evolved while being exposed to these foods and therefore is optimally designed to extract the nutritional value in this form.

It is not designed to consume nutrients in a synthetic form. This is why so many tell you not to take vitamin tablets on an ‘empty stomach’. They just work better as foods.

Cayenne pepper meanwhile is another great tool in the battle against inflammation. This is a compound that makes food spicy and is widely found in ointments and creams due to its anti inflammation effects. It’s a common pain-relief too as it depletes nerve cells of the chemical ‘substance P’. Substance P causes both inflammation and the sensation of pain, so this is a great thing to add to your diet if you do suffer from a condition like fibromyalgia or arthritis.

Cayenne also comes packed with flavonoids and carotenoids. These are antioxidants that prevent cellular damage, thereby further combating against inflammation.

Cayenne pepper also has a number of other impressive benefits. It has been shown to be an effective appetite suppressant for instance, meaning that if you are someone who struggles to stick to a diet, you might start finding it a little easier to be disciplined and thereby hopefully see the weight begin to fall off.

At the same time, cayenne pepper may help to improve digestion. This is important because better digestion doesn’t only give you more energy and prevent discomfort, but it also helps you to better absorb nutrients from your food. That means that all the benefits you’re getting from the other superfoods on this list will then be turned up to 11.

What’s more is that cayenne pepper has also been shown to increase testosterone. This of course is the hormone that most of us know as the ‘male hormone’ and is responsible for the male sex drive, as well as many of the differences between men and women. Increasing testosterone in men increases muscle tone, reduces fat storage, raises aggression, aids with recovery, fortifies the immune system and more.

Men who don’t get enough testosterone will exhibit signs of depression, low energy, low mood, and low sex drive. They also struggle with weight gain and low muscle mass. Conversely, men with high testosterone exhibit the traits that we associate with the classic ‘alpha male’ along with toned and powerful physiques. This is why so many men try to augment their natural testosterone production through the use of steroids and other drugs – despite those carrying numerous health warnings and serious dangers.
The really worrying part is that testosterone in men is increasing across the globe by 1% a year. This is partly due to the use of feminine products and their impact on our water, along with a host of other problems (certain plastics and our generally inactive lifestyles). But diet plays a BIG part in it too. Time to start eating a little less processed food, and a little more cayenne pepper.

Elderberry is a berry that is rich in nutrients. It is once again a fruit that is absent from many of our regular diets, and so it’s one that you should consider reintroducing.

The simple fact of the matter is that most of us rely on the same few fruits and vegetables day in and day out. This way though, we are ensuring we get a lot of nutrients in effect, while missing out on some others. The best diet is the most varied diet – the one that includes the biggest range of different fruits, vegetables, meats, herbs, and more. So what can elderberry do for you?

Elderberry has been used since prehistoric times and has been used as a supplement or medicine by a host of ancient cultures – including the Ancient Egyptians. Today we now know that these fruits are incredibly high in flavonoids and especially our friends anthocyanins – powerful antioxidants like resveratrol.

At the same time, elderberries have been shown to help boost the production of cytokines. These are the messenger molecules that our bodies use in order to control the immune system. Pro inflammatory cytokines help to encourage inflammation, while anti-inflammatory cytokines help to reduce them. This is all very important because it basically ensures that the body is able to properly regulate its own response to viruses and diseases, and to help heal wounds and injuries.

Many of us think that inflammation is always a bad thing – in fact though, inflammation helps to destroy infections before they have a chance to take effect, as well as to encourage healing by delivering more nutrients to the affected area. The problem is when this response goes haywire.

It turns out that for similar reasons, elderberry might also be highly effective at combating allergies!

On top of all this, elderberries are also highly effective at combating and destroying pathogens, being useful in fighting infections, colds, and a host of other problems. Most interesting of all, the tiny berries contain potent antiviral agents that have been shown to actually ‘deactivate’ viruses.
These work by preventing the viruses from being able to break through cell walls using their haemagglutinin spikes, which in turn renders them almost inert. They are thus very effective for combating problems like rhinitis, as well as preventing them from occurring in the first place.

Of course, there is also the usual vitamin and mineral content that you tend to get from berries. A Guide To Your Walking Technique 35 Tips To Eat Out On A Low Carb Diet The keto diet for bodybuilders and athletes 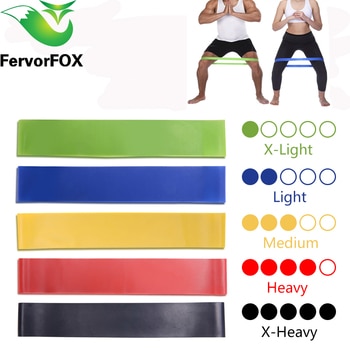 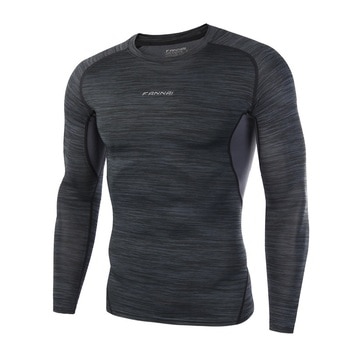