Each one of the following foods is clinically proven to promote weight loss. These foods go a step beyond simply adding no fat to your system – they possess special properties that add zip to your system and help your body melt away unhealthy pounds. These incredible foods can suppress your appetite for junk food and keep your body running smoothly with clean fuel and efficient energy.
You can include these foods in any sensible weight-loss plan.

They give your body the extra metabolic kick that it needs to shave off weight quickly. A sensible weight loss plan calls for no fewer that 1,200 calories per day. But Dr. Charles Klein recommends consuming more that that, if you can believe it – 1,500 to 1,800 calories per day. He says you will still lose weight quite effectively at that intake level without endangering your health.

Hunger is satisfied more completely by filling the stomach. Ounce for ounce, the foods listed below accomplish that better than any others. At the same time, they’re rich in nutrients and possess special fat-melting talents.

Apples
These marvels of nature deserve their reputation for keeping the doctor away when you eat one a day. And now, it seems, they can help you melt the fat away, too.
First of all, they elevate your blood glucose (sugar) levels in a safe, gentle manner and keep them up longer than most foods. The practical effect of this is to leave you feeling satisfied longer, say researchers.
Secondly, they’re one of the richest sources of soluble fiber in the supermarket. This type of fiber prevents hunger pangs by guarding against dangerous swings or drops in your blood sugar level, says Dr. James Anderson of the University of Kentucky’s School of Medicine.
An average size apple provides only 81 calories and has no sodium, saturated fat or cholesterol. You’ll also get the added health benefits of lowering the level of cholesterol already in your blood as well as lowering your blood pressure.

Whole Grain Bread
You needn’t dread bread. It’s the butter, margarine or cream cheese you put on it that’s fattening, not the bread itself. We’ll say this as often as needed – fat is fattening. If you don’t believe that, ponder this – a gram of carbohydrate has four calories, a gram of protein four, and a gram of fat nine. So which of these is really fattening?
Bread, a natural source of fiber and complex carbohydrates, is okay for dieting. Norwegian scientist Dr. Bjarne Jacobsen found that people who eat less than two slices of bread daily weigh about 11 pounds more that those who eat a lot of bread.

Studies at Michigan State University show some breads actually reduce the appetite.
Researchers compared white bread to dark, high-fiber bread and found that students who ate 12 slices a day of the dark, high-fiber bread felt less hunger on a daily basis and lost five pounds in two months. Others who ate white bread were hungrier, ate more fattening foods and lost no weight during this time.
So the key is eating dark, rich, high-fiber breads such as pumpernickel, whole wheat, mixed grain, oatmeal and others. The average slice of whole grain bread contains only 60 to 70 calories, is rich in complex carbohydrates – the best, steadiest fuel you can give your body – and delivers surprising amount of protein.

Coffee
Easy does it is the password here. We’ve all heard about potential dangers of caffeine – including anxiety and insomnia – so moderation is the key.
The caffeine in coffee can speed up the metabolism. In nutritional circles, it’s known as a metabolic enhancer, according to Dr. Judith Stern of the University of California at Davis. This makes sense, since caffeine is a stimulant. Studies show it can help you burn more calories than normal, perhaps up to 10 percent more. For safety’s sake, it’s best to limit your intake to a single cup in the morning and one in the afternoon. Add only skim milk to tit and try doing without sugar – many people learn to love it that way.

Grapefruit
There’s good reason for this traditional diet food to be a regular part of your diet. It helps dissolve fat and cholesterol, according to Dr. James Cerd of the University of Florida. An average sized grapefruit has 74 calories, delivers a whopping 15 grams of pectin (the special fiber linked to lowering cholesterol and fat), is high in vitamin C and potassium and is free of fat and sodium.
It’s rich in natural galacturonic acid, which adds to its potency as a fat and cholesterol fighter. The additional benefit here is assistance in the battle against atherosclerosis (hardening of the arteries) and the development of heart disease. Try sprinkling it with cinnamon rather than sugar to take away some of the tart taste.

Mustard
Try the hot, spicy kind you find in Asian import stores, specialty shops and exotic groceries. Dr. Jaya Henry of Oxford Polytechnic Institute in England, found that the amount of hot mustard normally called for in Mexican, Indian and Asian recipes, about one teaspoon, temporarily speeds up the metabolism, just as caffeine and the drug ephedrine do.
“But mustard is natural and totally safe,” Henry says. “It can be used every day, and it really works. I was shocked to discover it can speed up the metabolism by as much as 20 to 25 percent for several hours.” This can result in the body burning an extra 45 calories for every 700 consumed, Dr. Henry says.

Peppers
Hot, spicy chili peppers fall into the same category as hot mustard, Henry says. He studied them under the same circumstances as the mustard and they worked just as well. A mere three grams of chili peppers were added to a meal consisting of 766 total calories. The peppers’ metabolism-raising properties worked like a charm, leading to what Henry calls a diet-induced thermic effect. It doesn’t take much to create the effect. Most salsa recipes call for four to eight chilies – that’s not a lot. Peppers are astonishingly rich in vitamins A and C, abundant in calcium, phosphorus, iron and magnesium, high in fiber, free of fat, low in sodium and have just 24 calories per cup.

Potatoes
We’ve got to be kidding, right? Wrong. Potatoes have developed the same “fattening” rap as bread, and it’s unfair. Dr. John McDougal, director of the nutritional medicine clinic at St. Helena Hospital in Deer Park, California, says, “An excellent food with which to achieve rapid weight loss is the potato, at 0.6 calories per gram or about 85 calories per potato.” A great source of fiber and potassium, they lower cholesterol and protect against strokes and heart disease. Preparation and toppings are crucial. Steer clear of butter, milk and sour cream, or you’ll blow it. Opt for yogurt instead.

Rice
An entire weight-loss plan, simple called the Rice Diet, was developed by Dr. William Kempner at Duke University in Durham, North Carolina. The diet, dating to the 1930’s, makes rice the staple of your food intake. Later on, you gradually mix in various fruits and vegetables.
It produces stunning weight loss and medical results. The diet has been shown to reverse and cure kidney ailments and high blood pressure. A cup of cooked rice (150 grams) contains about 178 calories – approximately one-third the number of calories found in an equivalent amount of beef or cheese. And remember, whole grain rice is much better for you than white rice.

How to add Probiotics to Your Diet

Here are 6 great benefits and 4 myths of coconut oil 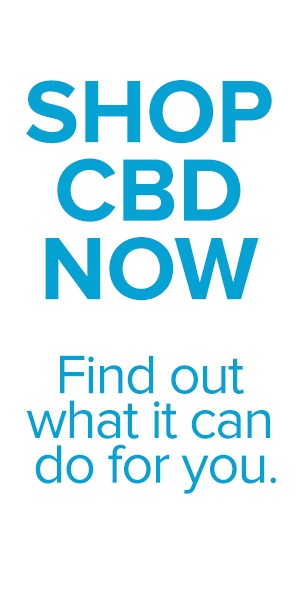